10 Bass Players You Must Know

The Bass Guitar is underappreciated instrument in a rock band. Yet its roll is the most pivitol. Combined with the drums it forms what is known as the rhythm section of a band. Its role is to blend the smash of the drums with the chord players in the band such as the guitars and keyboards. Equal part rhythm machine and melodic force, there is no more important sound in the band than the bass.

Here are 10 bass players that you need to hear and learn from that have shaped the way you play your bass guitar. 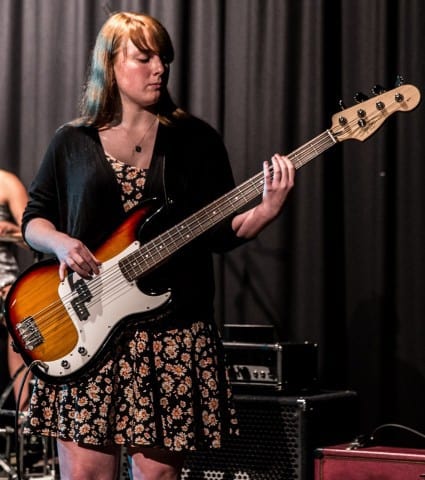 John Entwistle is the bass player from the legendary rock band The Who. “The Ox” played the bass like a lead guitarist. While guitarist Pete Townshend would chunk away on power chords, Entwistle would freely roam the fretboard. He would also use a heavily distorted tone to enhance sustain.

Watch, listen and learn from this awesome clip which has isolated John’s playing on a live version of “Won’t Get Fooled Again”. Click through to the 2 minute mark to watch the magic begin.

The worlds greatest songwriter is also one of the worlds greatest bass players. His creativity with melody translates into his bass playing, especially in the later years of the Beatles recordings. Even with limited track space available at the time, McCartney was assigned a track for the bass part and recorded after all other instruments were completed.  Check out the basslines in hits such as “Penny Lane”, “With a Little Help from my Friends” and “Something”. He is famously associated with the Hofner bass.

You have heard Carol Kaye play on hundreds of your favourite songs. Known as “The First Lady of Bass”, she played on Beach Boys sessions, The Monkees hits, Frank and Nancy Sinatra songs and too many hits to mention. Carol is equally a great guitarist and educator.

My favourite bass lines ever is found in the Beach Boys groundbreaking 1966 single “Good Vibrations”. Watch this clip to see Carol playing and discussing the bass parts of this revolutionary song.

Master jazz fusion player equally adept on double bass or electric bass. A member of the group Return to Forever as well as being a solo superstar. His technique is very percussive with lots of slap and pop sounds. Check out the right hand angle!

Check out this signature Stanley Clarke tune “School Days” the title track of his 1977 album every bass player must own.

Jaco is the Jimi Hendrix of the bass guitar. No bass player had ever innovated technical skills to the extent Jaco did on the instrument. He was the master of many styles of playing with a particular focus on bringing soul to jazz. He played a Fender bass that had the frets removed and filled in. This created his unique fretless bass sound. Jaco is best known for playing in the jazz band Weather Report and recording with Joni Mitchell. His debut solo album is an all time classic every bass player must hear. Current Metallica bass player Robert Trujillo has put together a documentary about Jaco being released in 2015.

For an insight into his incredible skills watch the below solo moment from a Weather Report concert.

Born right here in Australia, Red Hot Chilli Peppers bass player Flea kept the funk alive in the late 80s and 90s. Using techniques pioneered in 70s funk, Flea is one of the greatest bass players of the last 20 years. While he can play furious fast bass parts he is always putting an importance on melodic playing first and foremost.

In this clip Flea explains the slap bass technique he uses in songs such as “Can’t Stop” and “Higher Ground”.

The secret weapon of Led Zeppelin. Not only is JPJ among the greatest bass players ever but was behind the keyboard parts heard on Led Zeppelin recordings. Recently Jones was a member of rock supergroup Them Crooked Vultures with Dave Grohl (Foo Fighters) and Josh Homme (Queens of the Stone Age).

Check out this piece of melodic bass playing mastery with this isolated track from Led Zeppelin’s Ramble On.

Chris Squire is the bassist for progressive rock band Yes. His tone is unique using treble and distortion to cut through the layers of guitar and keyboards. Often he would feature in songs playing solos much in the style of a guitarist.

Here is Squire joining in on the chaos that is the classic Yes piece Close to the Edge.

Alongside the late Cliff Burton, Steve Harris is the best bass player in metal. His band Iron Maiden have remained at the top of the genre since the late 70s continuing to do massive tours today. The gallop rhythm heard in so many Maiden tunes was innovated by Harris. He also is a finger style player which is uncommon in metal.

Check out this rhythmic approach in the Iron Maiden classic “Number of the Beast”.

Credited as the inventor of the slap bass technique that all bass players must learn. This percussive attack is a feature of funk music playing. Larry came to fame in the band Sly and the Family Stone as well as forming his own band Graham Central Station.

In this clips Larry tells the story of how the slap came to be.