Wes Montgomery was a revolutionary jazz guitarist. He popularized jazz guitar in the era following early innovators like Charlie Christian. His playing style wrote the textbook of jazz guitar.

Movin Wes is in the single note category of the VCE Music Solo Performance guitar exam. You are required to play at least one song from this category.

To capture the sound of jazz guitar archtop guitars are used. Archtops are hollow like an acoustic guitar but have a mostly solid top with F holes. Use the neck pickup if the guitar has a selection switch. This will give you the smoothest tone. Jazz guitarists also roll off the tone control of the guitar. Rolling off the tone creates a warmer sound. Set the tone control to about half way.

Your amp tone need to be clean and pure. Single note sounds need to have clarity. Chord sounds should not break up into distortion. Some reverb can be added to help the ambiance of the notes.

To get closer to the Wes Montgomery sound use your thumb to play. The sound of playing with a pick creates more treble, sharper attack. Your thumb flesh will make a more smoother and mellow tone. 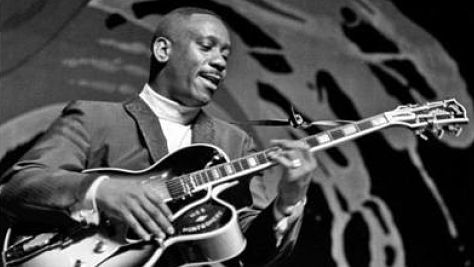 Movin Wes follows the typical jazz song arrangement structure. Jazz songs are commonly structured by playing the song melody twice followed by solos then finishing the song by returning to the melody. The melody is referred to as the “head” in jazz. These features can be found in the structure of Movin Wes:

Intro – piano plays a bass line that can be doubled by the guitar. This uses power chord and octave shapes.

Solo 1 and 2 – the octave runs Wes Montgomery made famous. He stays with this technique for two runs through the 12 bar blues.

Head – return to the octave melody to finish the song.

To help your performance of Movin Wes you should practice these technical exercises: