Keyboard has come a long way from pipe organs being controlled by foot pedals. We are lucky to live in this age of technology. The sounds of keyboard instruments of all centuries are available to us at the press of a button.

In this article we help you understand how each of these keyboard instruments have a unique sound. Examples are given of their use in songs you are probably already familiar with. 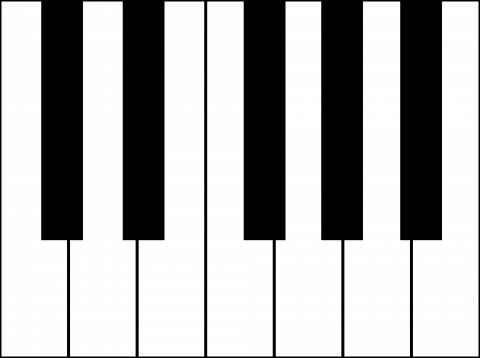 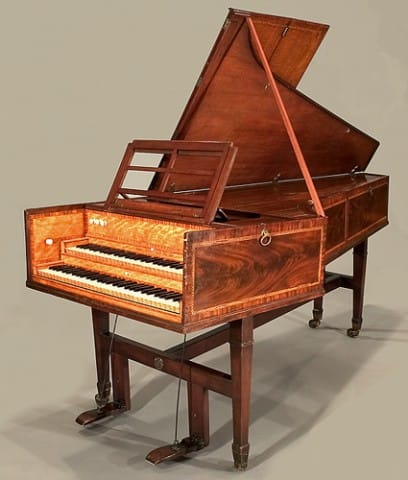 The first keyboard instruments were invented in the 1500s. They came into popular use during the 1600s. The harpsichord was one of the early keyboard instruments. The sound is created by a string being plucked. The instrument did not have a large range of dynamics (loud or soft).

The harpsichord can be heard in the pop hit Golden Brown by The Stranglers.

Compared to previous keyboard instruments, the piano was larger and stronger. It could produce better tone. There was now the ability to create greater dynamics through the force of playing the keys or pedal work. The piano was more readily available for homes from the 1800s onwards. As the instrument became more available to the public, composers like Chopin and Schubert composed solo pieces for the instrument. It continues to be the most recognisable keyboard instrument today.

Enjoy one of the Chopin pieces below. 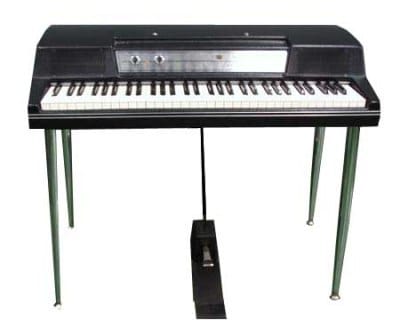 The Wurlitzer was a portable organ instrument developed in the 1950s. Sound is created by a single steel reed. There is variety in the dynamics. When played softly it can produce bell style tone. Playing hard creates distortion that is often desirable in rock songs. John Lennon played a Wurlitzer onstage at the Beatles most famous concert, the 1965 appearance at Shea Stadium.

The band Supertramp used the Wurlitzer Organ to great effect on many of their hits during the 70s and 80s. Listen to it being used live on this track. 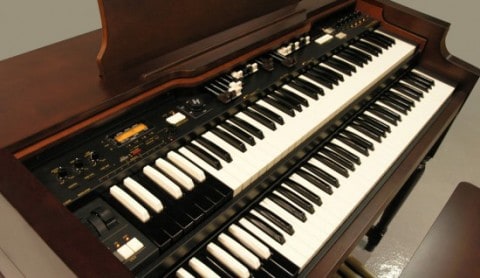 The Hammond Organ is the grandest sounding portable organ. It is often paired with a rotating Leslie speaker in a rock setting. Its origins lie in creating a portable pipe organ sound. Sound is created by an electrical current created by a wheel and picked up by a magnet. The sound is effected by moving drawbars to shape the tone. They enhance harmonics present in the creation of a note. Also other effects like vibrato and chorus were built into the Hammond.

Jon Lord of Deep Purple would send his Hammond Organ through Marshall amplifiers like guitarists. The amazing sound this created can be heard in the clip below. 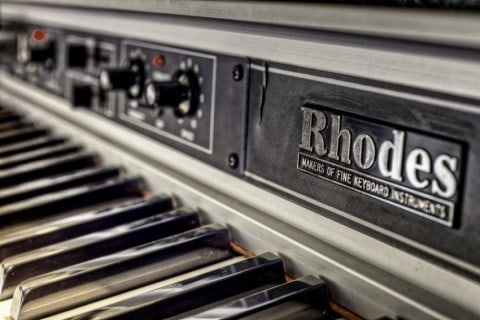 1970s soft rock would not have been the same without this keyboard instrument. The sound is created in a style similar to piano. Hammers strike metal rods with the vibration picked up by a magnetic. This is a similar function to an electric guitar.

Hear the beautiful lush tone of the instrument in this Billy Joel classic.

1970s funk music is where you will hear the clavinet at its best. It is an electrified version of one of the earliest keyboard instruments, the clavichord. The instrument has a note range similar to the bass guitar. The sound is created by a fast hard impact against a string when a key is struck. Bands such as Parliament/Funkadelic, Graham Central Station and Fleetwood Mac can be heard using the clavinet.

Here is Stevie Wonder playing the clavinet on an appearance on Sesame Street.

Invented in the 1960s. The sound is created by tape loops. On the tape was a recorded sample of various instruments. The sound produced had a short duration. When the tape would play through the sound stops. This makes the performer need to play within certain durations. Progressive rock bands like Yes and King Crimson used the instrument prominently. It once again gained popularity in the 90s with Oasis and Radiohead using Mellotron.

The opening of The Beatles Strawberry Fields Forever uses the flutes setting on the Mellotron. Listen to it below.

Pioneered by Robert Moog, this keyboard instrument was developed in the 1960s. The sound is created purely electronically or a synthetic sound. The player can vary the tone by adjusting dials known as oscillators. Initially the instrument was monophonic (one note at a time) until the Polymoog was made available in 1975.

The Minimoog was used in live concerts by players such as Rick Wakeman from Yes. See a documentary on this keyboard instrument that changed history.

Following the developments in computer processing the synthesizer became a staple sound of the new decade. As well as the unique tones created by Moog styled copies, the need to carry multiple keyboards diminished as sound sampling technology improved. Click the links of the songs listed below to hear the different brands of synths used in the 1980s on many classic songs.

Today we are almost unlimited to the power of keyboard instruments as technology takes enormous advances in power. Companies like Nord, Korg and Yamaha make keyboard products that create authentic tones of all the classic keyboard sounds noted in this article. Try some in store today and listen for these keyboard sounds in songs.