The Guitars of Eric Clapton

Eric Clapton is one of the most influential guitar players of all time. He took the blues to the masses with The Yardbirds, John Mayall’s Bluesbreakers and supergroup Cream. From the 1970s onwards Clapton has continued as a solo artist scoring hits in every . In this article we will look at the famous guitars that Clapton has played. Clapton’s playing has inspired many students to pick up a guitar. To understand more about each guitar click the links and watch the videos to hear the signature sounds Clapton created.

Looking to burn the fretboard up like Clapton? Book guitar lessons with us at the Eastern Suburbs School of Music. Call Rhys on 0421 705 150 or by contacting us on the form to the right of this page. 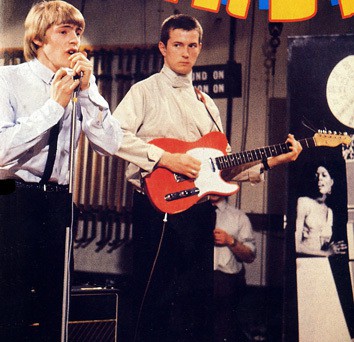 Eric Clapton came to fame in the blues rock band The Yardbirds. His red 1963 Fender Telecaster was equipped with light strings. This allowed Clapton to bend strings with ease. This guitar can be heard on the “Five Live Yardbirds” album. Clapton left The Yardbirds with their music moving in a more pop music direction with the single “For Your Love”. He would be replaced by Jeff Beck. 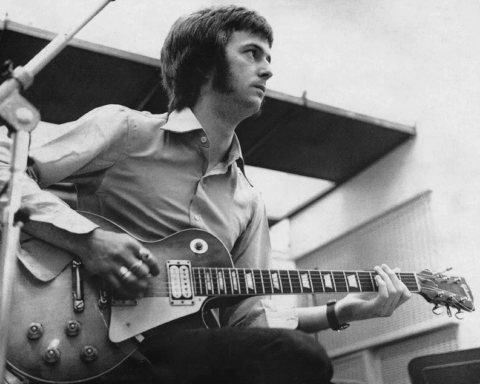 The sound that inspired the era of hard rock – a 1960 Les Paul Standard plugged into a Marshall. The partnership of guitar and amp created a sweet long lasting sustain and overdriven sound. The 1960 Les Paul is also noted as having a slimmer neck than the original 50s models. Gibson has recreated this instrument in a high price

Hear the guitar and amp combination in full flight on the Bluesbreakers cover of Memphis Slim’s Steppin’ Out. This is Clapton at just 21 years of age redefining music. 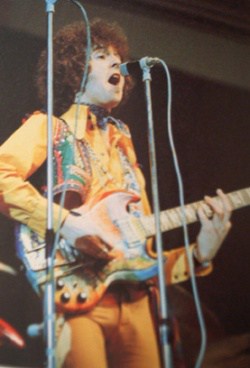 Clapton began using the brother guitar to the Les Paul, a Gibson SG. For a time the SG design was known as a Les Paul Model from ’61-63 due to the poor sales of the original Les Paul shape. Following the success of the Bluesbreaker album and the first Cream album original Les Paul guitar models became sort after. The modified Les Paul shape became known as the Gibson SG. Clapton’s 1967 SG was painted by arts collective The Fool. The guitar maintains the hum bucking pickup system Clapton preferred in his Bluesbreaker days. This means the focus is still on sustained distorted tone. Listen for this in the Cream hit White Room.

The guitar is documented as being used on the “Disraeli Gears” album. This includes songs such as “Sunshine of Your Love”, “Tales of Brave Ulysses” and “Strange Brew”. This guitar is also heard on the roaring live version of “Crossroads”. See Eric Clapton in this all time must see classic clip explaining how he used this guitar:

After short lived supergroup projects of Blind Faith with Steve Winwood and Derek and the Dominoes with Duane Allman, Eric Clapton concentrated on being a solo artist. Clapton has used Fender Strats as his main instrument of choice during his solo career. He has several signature models released by Fender. These guitars are often equipped with extra electronics allowing to access the same sustained sounds of a Les Paul as well as the customary single coil tones of the Strat.

While Clapton has had times in his career playing every make and model of guitars there are, these are the instruments that he is most famously known to play. They have influenced millions for almost 60 years of guitar genius. Grab yourself a guitar and learn some Eric Clapton lines today.