10 Beatles Songs you MUST learn on Guitar

When I began learning guitar all I wanted to play was Beatles songs. This article gives you introductions to the great Beatles song for guitarists to learn. Here we celebrate some of their greatest guitar moments. 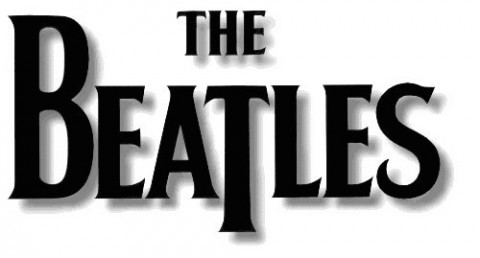 All My Loving – Must Learn Beatles Songs

This early Beatles hit showcases a George Harrison guitar solo. It is inspired by Carl Perkins and Chet Atkins Nashville guitar style. The chords to the song are outlined to create the solo. It is performed using the pick and fingers in combination to pluck strings. This is known as hybrid picking. The song was performed by the Beatles on their infamous world changing performance on the Ed Sullivan Show in 1964.

The Beatles had done riff rock with Day Tripper. They get even heavier with this Paul McCartney sung gem. Inspired by Paul helping friends set up a bookstore. Listen to the amazing bass sound. McCartney had begun using a Rickenbacker 4003 bass during this recording. The bass has a distinct cutting bold tone. Guitars on the track double the bass line. This creates the heavier rock sound.

Grab your capo and whack it on 7th fret for this George Harrison acoustic gem. George wrote this for the Abbey Road album as in Eric Clapton’s garden. The rhythm style is unique. It mixes playing arpeggios and strumming. Watch this great version George performed at The Concert for Bangladesh.

Long before the 90s made dropped D tuning standard issue, John Lennon composed this fingerpicking piece. This is one of a few tracks recorded with Paul McCartney playing drums instead of Ringo. Listen to this acoustic demo that John created while the Beatles were on their Indian sabbatical in 1968. Many songs written during this era use this fingerpicking style taught to the Beatles by british folk artist Donovan.

12 string Rickenbacker jangling away, Ringo’s pounding drums and clear bass grunt makes this song the best audio recording of the Beatles early era. It was a signpost of the changes to come with the group. They were moving from a teenybopper band into serious music innovators. It is the first song that Paul McCartney crossed over from his bass playing duties to perform the lead guitar break on the studio version.

One of the first things I learned on a guitar was the intro to Drive My Car. Paul McCartney plays the guitar solo using a slide. The heavier sound to the recording can be attributed to the rhythm guitar and bass playing the exact same riffs.

Here is McCartney performing the song with his band recently.

Get Back – Must Learn Beatles Songs

This song was performed during the last public Beatles performance. The band took their instruments to the rooftop of Abbey Road recording studios. They performed an impromptu lunchtime concert. The song features a rare John Lennon lead guitar part making use of major and minor pentatonic licks.

McCartney was inspired to make the heaviest song of all time. The age of heavy metal was upon us. For this song writer Paul McCartney is on guitar and John Lennon taking bass duties. Everything on the recording is turned up to 10.

The first recording of guitar feedback caused by John Lennon’s J160 Gibson acoustic. Lennon accidently laid his guitar down in the studio with the volume on. McCartney struck a note on his bass which caused Lennon’s guitar to produce a resonance creating feedback and history was made. The riffs and solo are ripping throughout this song.

While My Guitar Gently Weeps – Must Learn Beatles Songs

One of the few guests to play on a Beatles recording was Eric Clapton. He plays the guitar solo on this George Harrison song released on the “White Album”. Clapton used a 1957 Gibson Les Paul that he had gifted to George to play the solo. The unique tone is enhanced by the guitar sound being ran through the Abbey Road studio’s tape delay system known as Automatic Double Tracking (ADT). This effect creates the chorus like wobble.