Eastern Suburbs School of Music celebrates the great year that was 2015. Our end of year concert nights take place on Wednesday 16th December and Thursday 17th December. Wheelers Hill Secondary College once again is host to the shows. We will present band performances, celebrate students that took part in the ANZCA Guitar and Ukulele exams and feature solo spots. The show commences at 7:30 and will wrap up around 9pm each night. 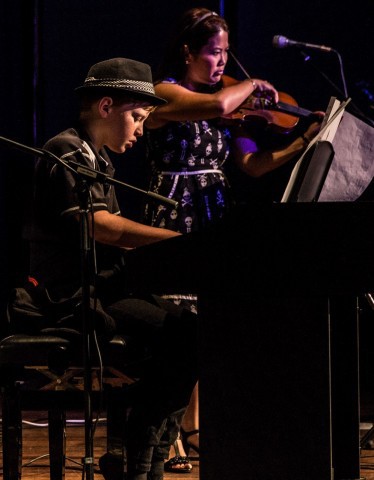 New Student Honour to be announced at the 2015 Concert Night

We will also be presenting our first lifetime membership to one student on one of the concert nights. This student has been a long time Eastern Suburbs School of Music attendee. They have been an amazing ambassador for our school and will be honoured on the night.

Visit our social media channels on Instagram, YouTube, Google Plus and Facebook for highlights from the concerts. They were two fantastic nights you can find the video gallery of performances at ESSMtube.

Tickets are $10 each and will have some tickets available on the door at the night.